The spell of St Leonard’s

I’m not the first, and I won’t be the last, to fall under the spell of St Leonard’s Church – that wonderful, craggy, 900-year-old assembly of stones, bricks, glass, wood, lead and copper sat there in the middle of our churchyard. Through being involved in the Heritage Project, I’ve learned a lot about the dedication of the people who have cared for it over the years, the imagination of the people who built it and extended it and decorated it, the folk both ordinary and grand who are commemorated within it, and the fantastic variety of different arts and crafts it embodies. It’s hard to put it all into words, so here are some new pictures to help tell the story. 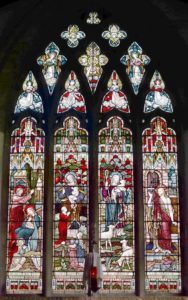 Even after 2½ years of exploring and getting to know and understand the building as part of preparing our bid to the National Lottery Heritage Fund, I feel I’ve only just scratched the surface. Apart from discovering the range of skilled art and craft which has collected here over 900 years, it has been equally fascinating to have to grasp enough about architecture, structural engineering, quantity surveying, archaeology, laser cloud surveys and mediaeval timbers to be a menace to those who really understand these things.

During the long and arduous process of preparing a bid, I have to be honest and admit that the question “why am I doing this?” has often crossed my mind. It’s not because I’m a regular church user, nor, although I think he is a fine chap, is it being done for the Vicar. It is difficult to answer the question in a rational way. On the face of it there may seem to be no compelling reason why anyone would spend thousands of hours trying to save this unique piece of history – except of course that I have just answered the question! It is unique – and that’s what explains the spell of St Leonard’s. And I’m convinced that the very process of bidding forces us to appreciate the heritage in new ways, and to understand how important it is to share it with as wide a community as possible.

At the start of this journey in 2017 I didn’t know that there were priceless medieval wall paintings just under my nose – and had no idea that the columns and walls of the church bore scratchings and inscriptions dating back to medieval times. Neither did I appreciate just how much the building has changed since it was first constructed – or that it had almost fallen down a number of times. I had no idea what is needed to keep such a building standing, or how catastrophe can be waiting just around the corner. Everybody loves to hear how well-intentioned action has led to chaos. Here, stretched out over tens or hundreds of years, we have such stories – and finding out about them is fascinating. Arguments between the great and the good are always entertaining, and over the centuries they have certainly argued over this building. 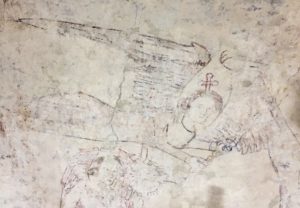 The great thing about applying to the National Lottery Heritage Fund is that it forces us to confront the challenge of how to care for heritage. They will not invest in a building unless they see a sustainable future. And it’s all too easy to take for granted that the Church is going to be there forever, particularly if it has managed to survive 900 years. The hardest part of this project has been for the team to construct a vision for sustainability. The answer is both profound and simple: the building will survive if enough people enjoy using it. So how can we inspire a wider community to enjoy using St Leonards? In a later post I’ll explain the “vision” which has driven not only this bid but linked bids to raise finds to make the building accessible and provide facilities. 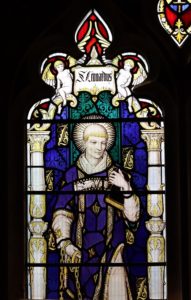 Here again we come back to the spell. I’m not a historian, but I have thoroughly enjoyed finding out about the history of this building and its community. With nothing else going on, just wandering round and poking into the nooks and crannies, taking pictures, discovering new things, is inspiring. That inspiration, and the sense that there’s always more to discover, makes me keep coming back. That’s the sense of fascination which, during the delivery of our Heritage Project, we want to share with anybody who is interested, by making it easier to appreciate and to understand.

Taking the lid off the church and fixing timbers which are hundreds of years old without it all falling down around our ears will be fascinating in itself – and we’ll provide tours of the scaffolding so folk can see what’s going on with their own eyes. Bringing children into contact with this huge repository of social history as part of their schooling – and having fun with hands-on learning activities – will be as rewarding for the children as for those sharing the joy of discovery. Local history groups and our own community have already enjoyed initial talks given by experts on aspects of the building and its heritage about which we previously knew very little. We have a real treasure trove here. And not just the building – the adventure begins in the churchyard, where we intend casual visitors, hikers, bikers and scarecrow aficionados to find information panels to pique their interest as they criss-cross the paths.

For some, the idea of sharing the building in new ways with a wider audience may seem off-putting, but isn’t that the very reason why churches were built in the first place? It’s a pleasure mingling, sharing and enjoying people’s fascination with the history, the place and the space, so as to broaden horizons. 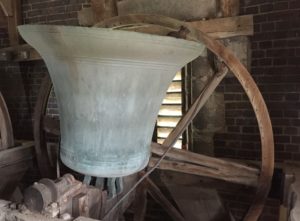 A whole new team of bell-ringers has been formed since 2014 – just to give one example of new ways in which new people have become caught up by the spell.

I hope that the spell of St Leonard’s will continue to entrance visitors for many hundreds of years into the future, and that the work of many people over the last decade to respond to the current challenges, plus the fantastic new access and facilities funded by Chiltern’s Leader, will put the building on a much sounder footing and make that hope a reality. I truly believe that through all of our investments, the spell will be stronger than ever.