Now that our scaffolding is complete, and the weatherproof roofing installed, we’ve started to uncover the areas needing restoration work. These were last worked on in the 1960s: the copper roof replaced the original lead roof in 1961, and the Glass Reinforced Plastic covers were fitted to the south clerestory windows in 1969 judging by the dates on the bits newspaper stuffed in around the glazing. Let’s take a look at what’s been uncovered so far.

The relatively soft local clunch stone used to build the church deteriorates much faster than harder stone like granite, and by the mid 20th century the clerestory windows – by then 500 years old – were looking very sorry for themselves and starting to leak. The decision was taken at the time to use a modern material – GRP – to cover them and make them look respectable again. It’s unclear, unless we can find close-up photos from the time, how much the original stone was further cut back to allow the facings to be fitted, but all we are able to do at present is to record what was seen when they were removed. The pictures below show what we found. 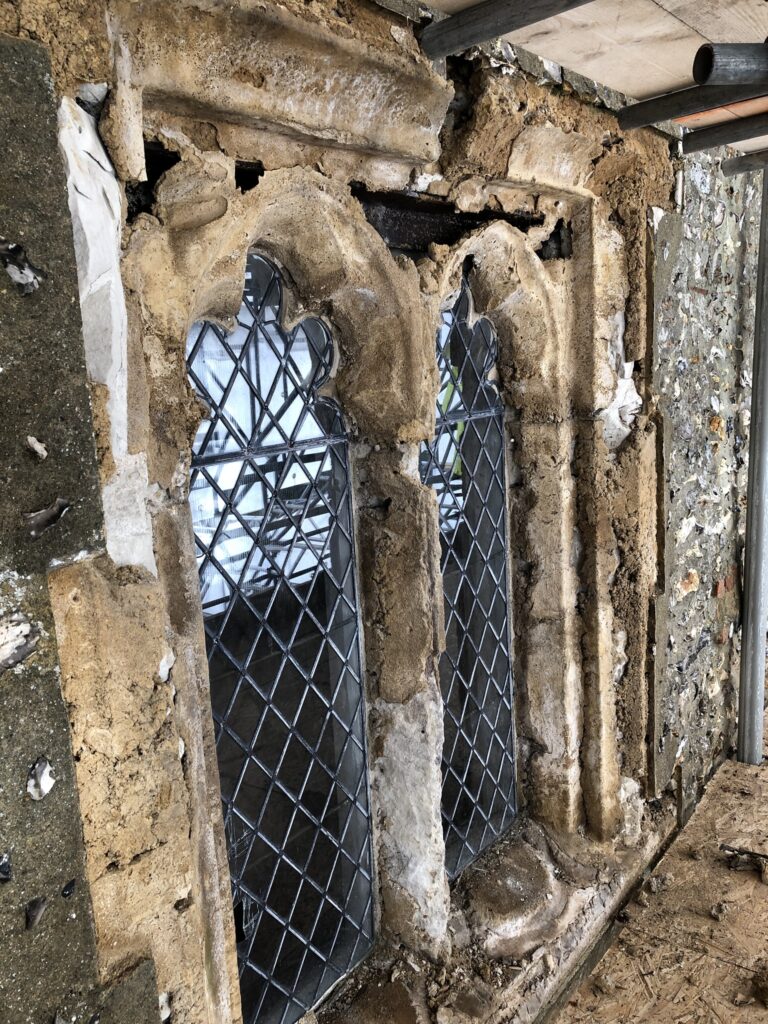 Having chipped off the mortar and resin used to bond the facing to the window, we are able to see the state of the stone beneath – heavily cut back and with the glazing exposed. 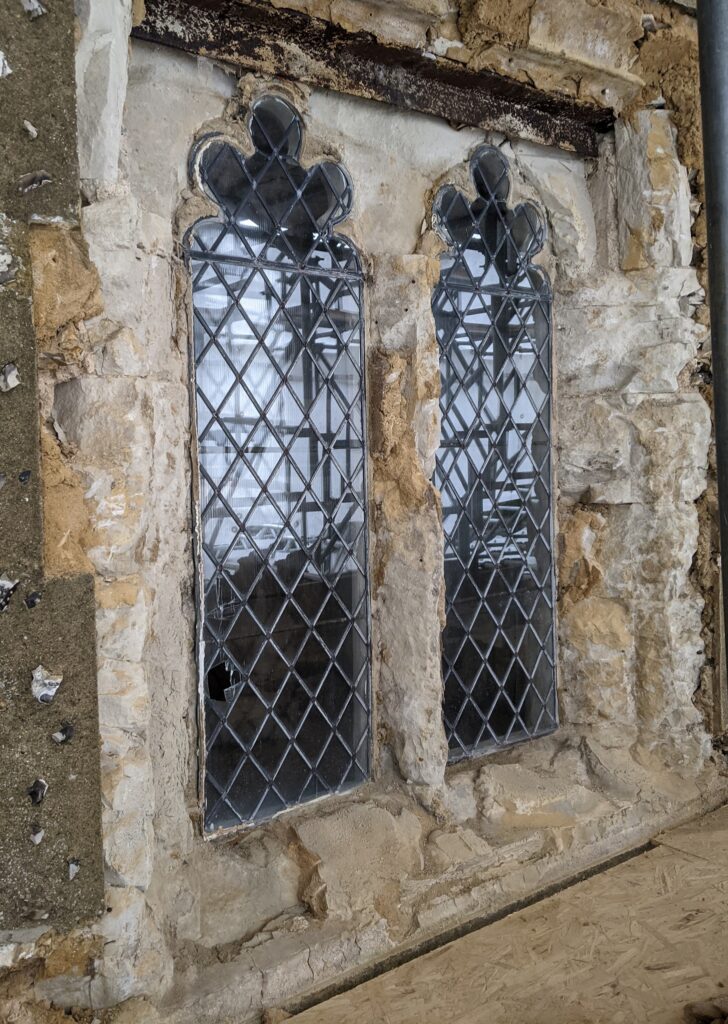 Remains of original south clerestory window – note the newspaper stuffed in to plug gaps around the glazing.

With the invaluable funding from the National Lottery Heritage Fund and all the other funds, trusts and local donors who have made this project possible, we shall be restoring these windows so they look as they would have in the 15th century, as well as making them weatherproof and hopefully fit for another 500 years.

The other key area of restoration work is the nave roof which, due to neglect in the past, had become structurally unsafe. A new copper roof had been installed in 1961 to replace the previous lead roof which had clearly been leaking for some time before that. New diagonal boards had been nailed on to support the copper roof, but now we have lifted them the true state of the timbers beneath can now be seen. As indicated from the inside, the ridge had been subjected even by then to extensive rot and deterioration.

Rot to the ridge timbers beneath the outer boards.

The challenge here is to dismantle the roof sufficiently to assess and repair/restore each timber, without the structure becoming unstable. Any beams or rafters which need to be worked on will then carefully have to be lifted out, worked on and replaced. Some of the cross-beams are massive pieces of oak and very heavy – yet affected by rot, as this next picture shows: 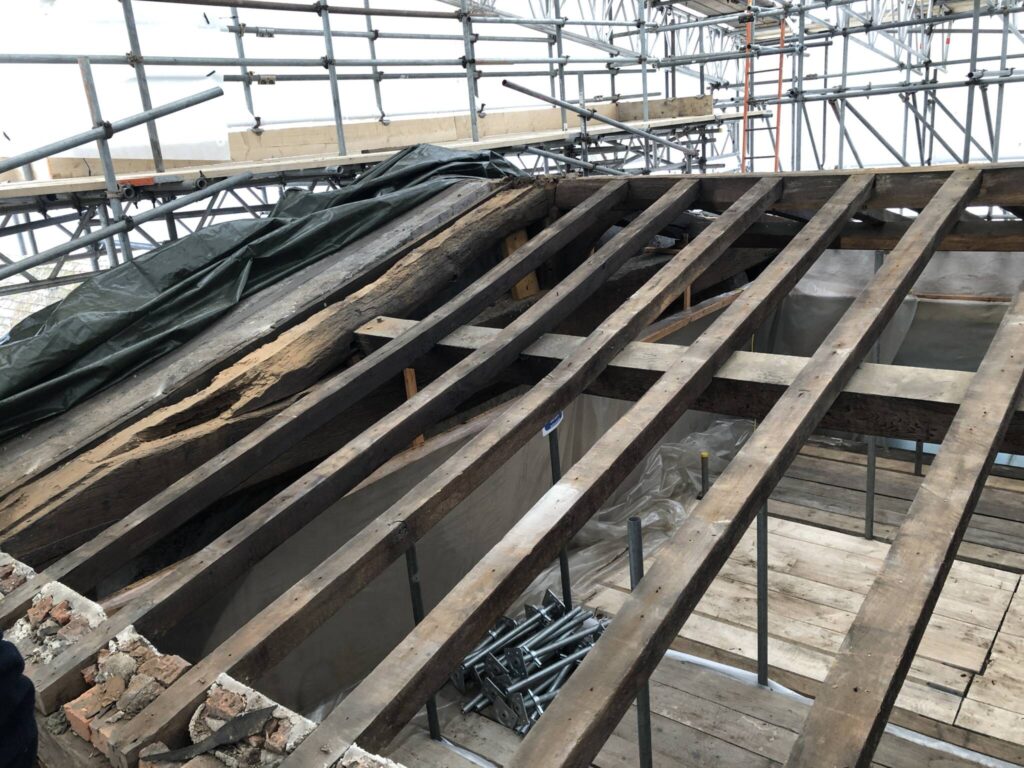 These rafters running down from the ridge were replaced in the 1790s all except for the first beam which is medieval and shows evidence of severe decay.

Having reached this stage, real progress can at last begin. As with any heritage restoration it’s essential for the existing state of the fabric to be faithfully recorded, and for careful decisions to be made about what original material can be retained and what has to be replaced sympathetically. This is one of the aspects which makes each project so fascinating – nothing is ever quite the same, and the approach is tailor-made for each heritage building.

Watch this space – we’ll keep you updated as the work progresses.